The Company was founded by Jona Zumeris, Ph.D., an accomplished scientist that invented the Company’s proprietary low-intensity, surface acoustic wave technology, which allowed it to develop the first-ever wearable therapeutic ultrasound devices. 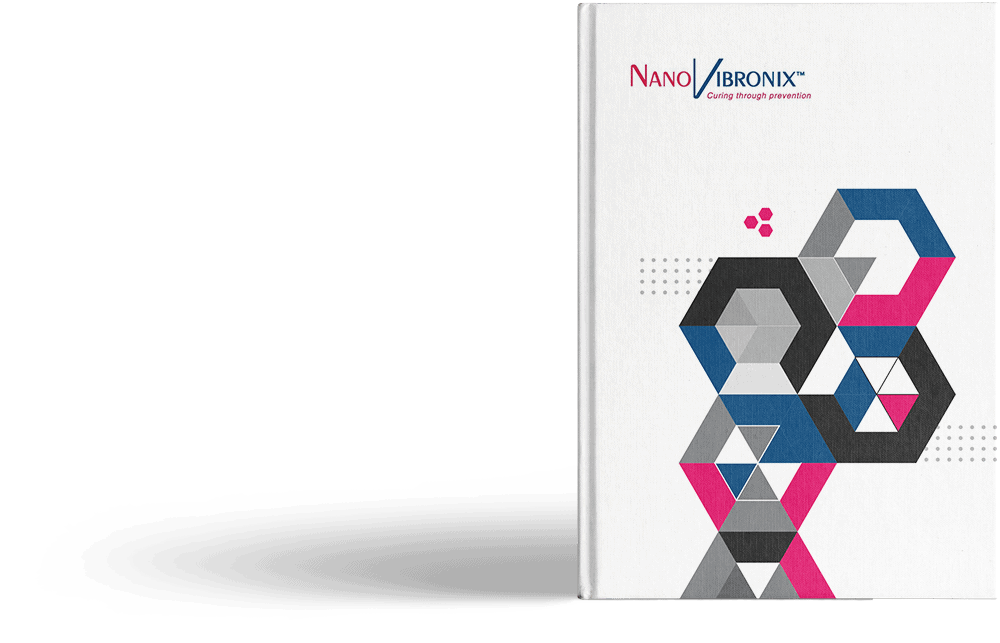 Chairman of the Board of Directors

Chris Fashek is an accomplished healthcare executive with a winning record of leading billion dollar global medical-device and pharmaceutical businesses. In addition to his role as chairman, he currently serves as chief executive officer at Brain Sentinel, Inc. Known for developing highly productive/profitable leadership teams and corporate cultures, Mr. Fashek has mastered the full product life cycle, taking multiple healthcare products from idealization to commercialization; as well as turning-around under-performing corporations to profitability. He is recognized globally as an achiever, strategic thinker, and solid decision maker and has developed an influential network of industry partners resulting in new business opportunities and bottom-line growth. Prior to Brain Sentinel, Chris was the CEO of Atteris Healthcare and Vice Chairman of Rochal Industries LLC bringing innovative technologies to patients, clinicians, and providers. Chris also serves on the boards of Rochal Industries LLC, as Vice Chairman, World Craniofacial Foundation (WCF), and IDN Summit. He is a subject matter expert in business development, marketing, sales, product development, and positioning corporations for hyper-growth and sustainability. He holds his MBA from Fairleigh Dickinson University and Bachelor of Arts in History from Upsala College.

Dr. Jacob has served as our chief medical officer since March 1, 2014, and as our director since September 2003. From September 2003 to February 4, 2014, Dr. Jacob served as chairman of our board of directors and from September 2003 to March 1, 2014, Dr. Jacob served as our chief executive officer. Dr. Jacob also performed the functions of a principal financial officer until April 1, 2014. Dr. Jacob is our co-founder and has worked extensively in medical device development. Dr. Jacob also served part-time as an attending gastroenterologist at Shaare Zedek Medical Center in Jerusalem, Israel from 2004 to March 2011. Since April 2011, he has been an attending physician in Gastroenterology at Hadassah University Hospital in Jerusalem, Israel. From 1999 to the present, Dr. Jacob has served as the president of Medical Instrument Development Inc., which provides consulting services to start-up and early stage companies and patents its own proprietary medical devices. From 1997 to 2003, Dr. Jacob served as director of medical affairs at Given Imaging Ltd., a company that developed the first swallowable wireless pill camera for inspection of the intestines. Dr. Jacob also formerly served as a director for Oramed Pharmaceuticals Inc., a pharmaceutical company focused on the development of innovative orally ingestible capsule medication. We believe that Dr. Jacob’s qualifications to serve on our board include his years of experience in the biomedical industry and with us and his experience serving in management roles of various companies.

Dr. Goldstein has served as our director since March 25, 2015. Dr. Goldstein has been a practicing urologist since 2000, with particular expertise in the management of stone disease. Dr. Goldstein is also an entrepreneur in the medical field. He is an executive director of New Jersey Urology, the largest urology group practices in the country, which he helped develop, and a co-founder and member of the executive board of Metropolitan Surgery Center, a large multispecialty ambulatory surgery center. Dr. Goldstein is co-founder and co-inventor of a medical device company that has received a Binational Industrial Research and Development (BIRD) Foundation grant. Dr. Goldstein brings to our board of directors his medical practice expertise. He is expected to make a valuable contribution in connection with marketing and facilitating the acceptance of our product offerings within the medical community. We also expect that he will provide assistance with the U.S. Food and Drug Administration regulatory approval process of our products, particularly our urology offerings. Additionally, we expect Dr. Goldstein to advise regarding the development of new products and innovations.

The Honorable Mr. Ferguson has served as our director since April 27, 2015. Mr. Ferguson is currently a senior advisor at BakerHostetler, serving as the leader of their Federal Policy team. In January 2009, Mr. Ferguson founded Ferguson Strategies, LLC, a government affairs and strategic business consulting firm, where he served as the chief executive officer and chairman. From 2001 to January 2009, he served in the U.S. House of Representatives, representing New Jersey’s 7th congressional district. While in Congress, he was a member of the House Energy and Commerce Committee, which has wide jurisdiction over the healthcare, telecommunications and energy industries. He served as vice chairman of the panel’s Health Subcommittee, where he became a key member on health care issues and helped to ensure passage of the Medicare Part D prescription drug benefit in 2003. In addition, he served as a member of the Telecommunications and Internet Subcommittee as well as the Oversight and Investigations Subcommittee. Mr. Ferguson was also a member of the House Financial Services Committee, where he cosponsored the Sarbanes-Oxley Act of 2002 and helped enact the initial terrorism risk insurance law. Mr. Ferguson is currently the chairman of the Board of Commissioners of the New Jersey Sports and Exhibition Authority and also serves as a senior fellow of the Center for Medicine in the Public Interest’s Odyssey Initiative for Biomedical Innovation and Human Health. He has also served on various corporate advisory boards and committees, including for Pfizer, Inc., the National Italian American Foundation and the United States Golf Association. Mr. Ferguson received a bachelor’s degree in government from the University of Notre Dame and a master’s of public policy degree with a specialization in education policy from Georgetown University. Mr. Ferguson also serves as the Chairman of the Board of Directors of Ohr Pharmaceutical Inc. and brings to the board of directors his extensive background in government affairs, health care policy, and business strategy gained from his experiences in Congress and business consulting, which we believe will assist in strengthening and advancing our strategic focus and regulatory compliance.

Mr. Mika has served as our director since April 27, 2015. Mr. Mika has over 25 years of senior management, finance and consulting experience. Mr. Mika is currently executive vice president and chief financial officer of POET Technologies, Inc. (TSX Venture: PTK) and previously served as chairman of the board of Rennova Health, Inc. (NASDAQ: RNVA) and as chief executive officer of its wholly owned subsidiary, CollabRx, Inc. (NASDAQ: CLRX). Rennova Health is a vertically integrated public healthcare holding company that merged with CollabRx in November 2015 and became listed on the NASDAQ. CollabRx, formerly known as Tegal Corporation (NASDAQ: TGAL), is a clinical decision-support company that delivers expert solutions in precision oncology and genomic medicine. Mr. Mika was the chairman and chief executive officer of CollabRx and its predecessor company since March 2005. From 1992 to 2002, Mr. Mika served on the company’s board of directors, which included periods of service as the chairman of the compensation committee and a member of the audit committee. Previously, Mr. Mika co-founded IMTEC, a boutique investment and consulting firm whose areas of focus included health care, pharmaceuticals, media and information technology. As a partner of IMTEC, Mr. Mika served clients in the United States, Europe and Japan over a period of 20 years, taking on the role of chief executive officer in several ventures. Earlier in his career, Mr. Mika was a managing consultant with Cresap, McCormick & Paget and a policy analyst for the National Science Foundation. Mr. Mika holds a bachelor of science degree in Microbiology from the University of Illinois at Urbana-Champaign and a master of business administration degree from the Harvard Graduate School of Business. Mr. Mika’s qualifications to serve on our board of directors include his significant strategic and business insight from his prior service on the board of directors of other publicly held companies, as well as his substantial senior management, finance and consulting experience.

Ms. Cassirer is a highly experienced attorney, who has served as a partner in prominent law firms for more than 30 years including Troutman Pepper, where she served on the Executive and Compensation Committees, and Jenkins & Gilchrist. In addition to her management responsibilities, Rori has a sophisticated practice focusing on business litigation and corporate governance issues. She has developed a particular niche in dealing with publicly and privately held biotech/healthtech and biopharma companies. Ms. Cassirer has been listed as AV Preeminent by Martindale-Hubbell consistently for the last 20 years as well as being listed in Law & Politics’ New York Super Lawyers for excellence in Business Litigation every year since 2008. Previously, she served as Chair of the Advisory Board of ReferWell, f/k/a Urgent Consult, LLC, a start-up in the health tech business. She also serves on the Board of Directors of Kids in Need of Defense (KIND), a not-for-profit organization where she served on its Compensation Committee. She is also a member of the Board of Friends of Jerusalem College of Technology and serves on its Development Committee. She serves as co-chair of the New York State Bar Association International Corporate Compliance Committee and on the Advisory Board of LiveCare Corp., a company engaged in the manufacturing and distribution of remote monitoring devices of patients. Ms. Cassirer received her JD from New York University.

Ms. Schroeder has been a key Financial Executive at a number of public and privately-held companies including CST Brands, KCI and Brain Sentinel, where she recently served as Chief Financial Officer. Prior to Brain Sentinel, Ms. Schroeder served as Vice President, Global Tax of CST Brands, a Fortune 250 retail Oil and Gas company. Prior to that, she served as Vice President and Treasurer & Head of Tax at Kinetic Concepts, Inc. (“KCI”) a $1.5 billion MedTech company, which was recently purchased by 3M for $6.7 billion. At KCI, she held key roles in a number of strategic transactions, including two leveraged buyouts and an initial public offering. Ms. Schroeder began her career at Ernst & Whinney before joining Deloitte Haskins & Sells. Ms. Schroeder is an alumnus of San Antonio Leadership, a premier leadership program of the San Antonio Chamber of Commerce and has served on the Audit Committee for The University of Texas at San Antonio, as Treasurer of Girls, Inc. of San Antonio and as a board member of KLRN, San Antonio’s public television station. Ms. Schroeder is a Certified Public Accountant and Chartered Global Management Accountant with a B.B.A. in Accounting from the University of Texas at San Antonio.